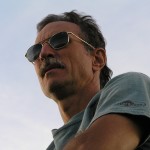 Warm weather will soon be returning to central Texas, which means folks here will soon be thinking about pruning their trees and other aspects of tree care.  A common question that comes up now is, “What about oak wilt?”  For years, it has been recommended by government agencies to avoid pruning oaks in the spring because of a perceived increase in the risk of getting oak wilt.  What is the reality of pruning oaks while minimizing the risk of this deadly fungus?

About a year ago, I chaired a group of arborists from the Texas chapter of the International Society of Arboriculture, the Texas Forest Service, and Texas AgriLife Extension Service which clarified the existing guidelines.  This was to explain to the public that certain kinds of pruning can be done year-round on oaks.  This would include removing dead branches, and branches at risk of being hit by vehicles over streets, and those rubbing against buildings or other branches within the canopy.  For details on this, see my oak wilt page.  You can also see a Central Texas Gardener video of me explaining oak pruning and oak wilt on YouTube.  To read the statement in its entirety, do a web search for “pruning guidelines for prevention of oak wilt in Texas”  and “Guy LeBlanc”. 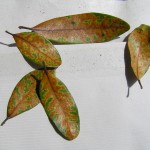 Oak wilt has been in the news locally for so long (in Austin it almost created hysteria in the early 80’s) that I sometimes forget that most homeowners don’t really know much about it.  In brief, it is caused by a fungus very closely related to the Dutch Elm disease fungus which many folks from northern U.S. are all too familiar with.  It only affects oaks (and tanoaks).  The disease spreads in two primary ways.  The majority of the spread of the disease (95% of it according to one researcher) occurs underground due to the propensity of live oaks to form grafts (actual vascular connections) between the roots of different trees.  Live oaks also occur in groups called motts, which means that all of the trees in the group have formed from root sprouts.  Motts are also therefore interconnected and the disease spreads quite readily through them.

The disease can also spread above ground, creating new infection centers.  This occurs when vectors (in this case a beetle called the nitidulid is most likely the culprit) visit the fungal spore patches (called mats) on infected trees and then carry those spores to fresh open wounds on healthy trees.  In Texas these mats only form on red oaks, never on live oaks, so it is important to remove dead red oaks immediately- in fact in Austin, there is an ordinance requiring any property owner to do so.

It is believed that the nitidulid is attracted to both the odor of the mats, which have a fruity-licious smell, and the odor of fresh sap from new wounds.  The highest levels of this insect population and the creation of fungal mats coincide only when weather conditions are just right, which is usually in the spring.  This is why government agencies have recommended avoiding pruning in the spring.

However, we also know that very often in spring the weather conditions are not conducive to the development of the fungal spores (too hot and/or dry).  No spores = no above ground spread.  Or it can be too cold for the insects to be active (last year it was in the 20’s for 3 days at the end of Feb).  We also know that painting wounds provides a nearly total barrier against spore invasion.  There is no published scientific study in which painted wounds contracted oak wilt (one study in 2007 seemed to contradict this, but it was found that the trees were becoming infected underground).  We also know that dead tissue cannot be an invasion point for the spores, so removing completely dead branches never exposes a tree to oak wilt; technically, dead tissue doesn’t even have to be painted, however, I usually paint it just in case some live tissue is present on part of the wound face.

The bottom line is that while oak wilt is often fatal, the actual risk of contracting it through open wounds, even in the spring, is minimal.  If it wasn’t we probably wouldn’t have any oaks left, as wind, hail and animals such as squirrels and birds cause extensive wounding, often in the spring.  And this risk can be actually be reduced if the pruning is done by a competent professional – which is of course the only type of person you would ever let touch your trees!