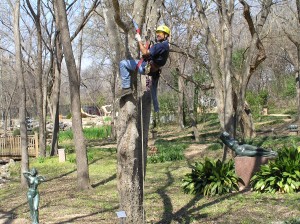 Guy at work in the Umlauf Sculpture Gardens

Guy has over 40 years experience in all facets of tree care, from field work such as climbing, fertilizing and cabling to competitive climbing,  arborist training instruction and television and radio talks on tree care.  He has written many articles about tree care for the Austin American Statesman and arborist journals such as the internationally published Journal of Arboriculture.  He even co-authored a tree care ordinance which was adopted by the Austin city council.   When it comes to trees he pretty much does it all.

Guy has provided tree care for: 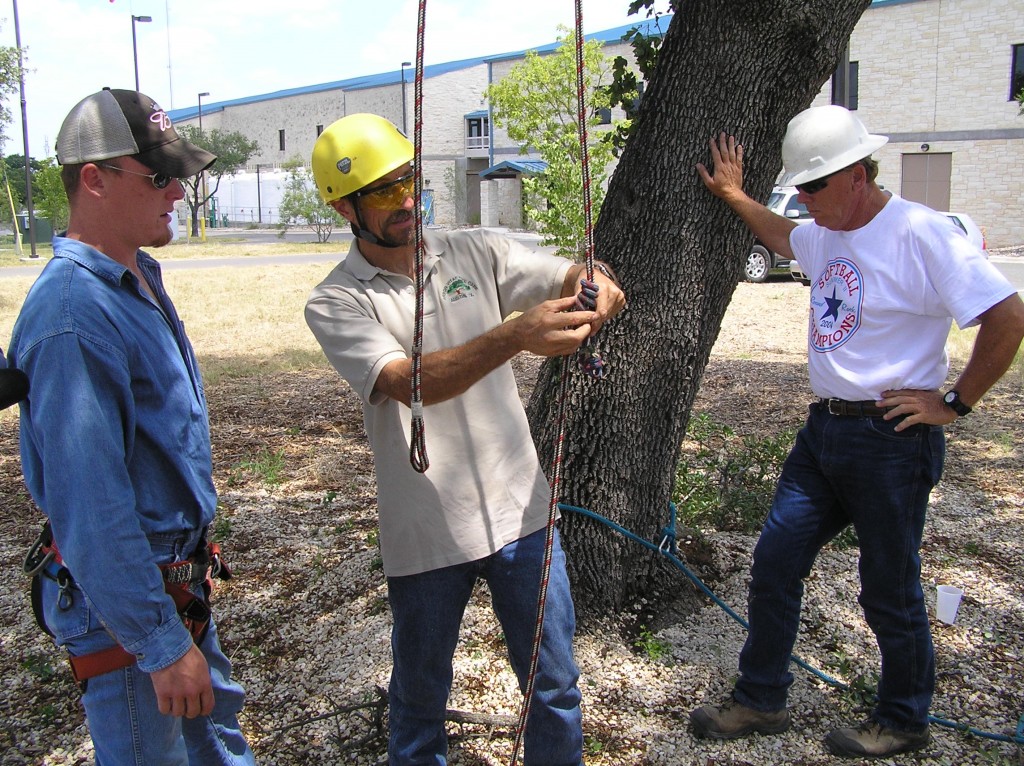 Guy at work in a freeze-damaged palm